It is never too late to start 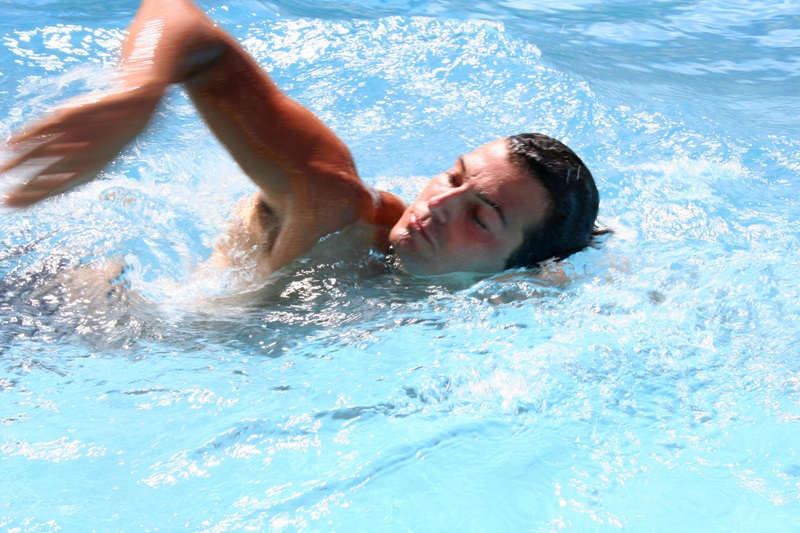 Khoa (student, 22 years old) is terrified of going to water park or participating in any water-related activities with his friends, simply because he cannot swim.

“I am afraid of nothing,… but water.”

Khoa’s fear of water started when he went to a water park with my family, back when Khoa was six years old. He accidentally felt into the deep end of the pool while shooting water gun with some friends. He was petrified, drank some huge gulps of water. Since then, Khoa developed a strange “disease”: Aquaphobia.

22 years old, being about to graduate, interning at a foreign company, Khoa is always confident with all the achievements he made with lots of effort. In order to improve himself, overcome his only fear, Khoa made a “significant” choice: learn how to swim.

Every gulp to show his bravery to conquer

The first time in the swimming pool, his natural psychological reaction was to hold on to the side of the pool because the childhood memory was still clearly imprinted in his mind. It took his teacher’s constant encouragement for him to let go, take a few breath but then immediately cling back to the wall. He practiced breathing for the whole first week to forget his fear of water.

In the second and third weeks, Khoa slowly forgot that water is a dangerous environment, and started with some simple breaststroke leg exercises. After the first month, Khoa moved on to freestyle and butterfly, with faster pace and more beautiful movements.

Whenever he had free time, Khoa invited his friends to join him at the swimming pool for motivation.

The first achievement to win over “aquaphobia”

When he finished the treading water exercise, his teacher asked him to swim to the 4-meter-deep area and back. The moment he emerged fully into the water, his heart skipped a beat with the fear of this new depth, drowning memories came back in his mind. Khoa was determined, finishing the request of the teacher. Because he knows, there was no better moment for him to overcome his fear.

Finishing that short swim for some other people is just a small achievement, but with Khoa, that is the end result of a long process of constant effort, rising above his personal fear and conquering his goal. From a young student who constantly doubted himself: “Is it too late to learn how to swim at the age of 22? Is it shameful for a guy not being able to swim?”, Khoa has overcomed all the obstacles, showing his bravery to conquer his goal, to master his mind. Khoa’s story has inspired many of his friends to overcome their own fears, moving faster on their way to success. No matter the significance, success is success! Do not shy away from expressing yourself, “break the limit” and show the bravery to conquer your goals.

Dream jobs of the traveling fanatics