Fixed Gear (Fixie), known as a bicycle without brake, is an emerging sport phenomenon among Vietnamese youth. With unique design, slender lines, eye-catching colors, has Fixie truly become a new culture in the community or just a seasonal trend? 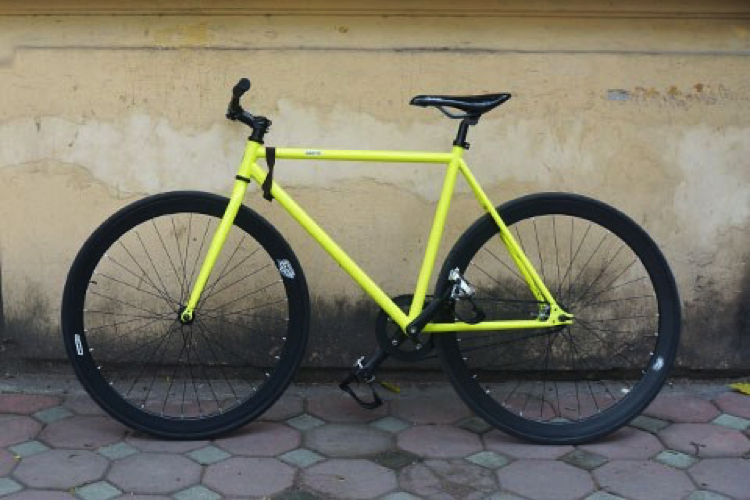 Fixie community usually said: “If you like formidable simplicity, Fixed Gear is the perfect vehicle for you!” Indeed, it is not easy to conquer Fixed Gear. “I was quite worried the first time I tried Fixed Gear because most people usually fall multiple times, scratch their knees and arms. Thus, you have to wear protective gloves and helmet while practicing. When you are able to control the bike, the feeling of riding on it is so refreshing. Since practicing Fixie, I feel healthier, more flexible, with a smaller waist and stable blood pressure.” – shared Vinh Nguyen, a newbie who has been practicing Fixed Gear for one year.

“At first, I did not know what Fixed Gear is. I saw people riding on colorful bikes on the street. I was curious. I researched and have started riding Fixed Gear until now.” – shared Hoang Linh, a student from Hoa Sen University.

Visiting the Vietnamese Fixie community, you’ll get to witness skillful wheel-rotating performances, edgy colorful bikes and above all, a big Fixie family that always supports helps each other and shares the love for this small but full-of-surprise bike.

“Fixed Gear is not simply a bike. In order to fully understand and enjoy the experience, you have to get together with your friends to play, practice, and perform.” – shared Le Van Luan, the pioneer of Fixed Gear in Ho Chi Minh City. To ride brake-free bikes, you need to be brave and adventurous. “In the beginning, I felt dozens of times before getting control of the bike.”

The disguises and the end of a movement

In Vietnam, some young people make alterations on their normal bikes and call it the “no brake is the coolest” movement, causing controversies among the Fixie lovers specifically and the bike loves in general. These young people blame it on the lack of brake (which they had cut intentionally) to change directions suddenly, cut in front of cars, pass red light, etc. in an irresponsible manner. This leads to misunderstanding about a real “brake-free” bike.

It is difficult to start the Fixed Gear phenomenon, maintaining the movement is even more challenging. Red Bull wants you to conquer this challenging journey to gradually make Fixed Gear a positive culture of Vietnamese youth community.

It is never too late to start