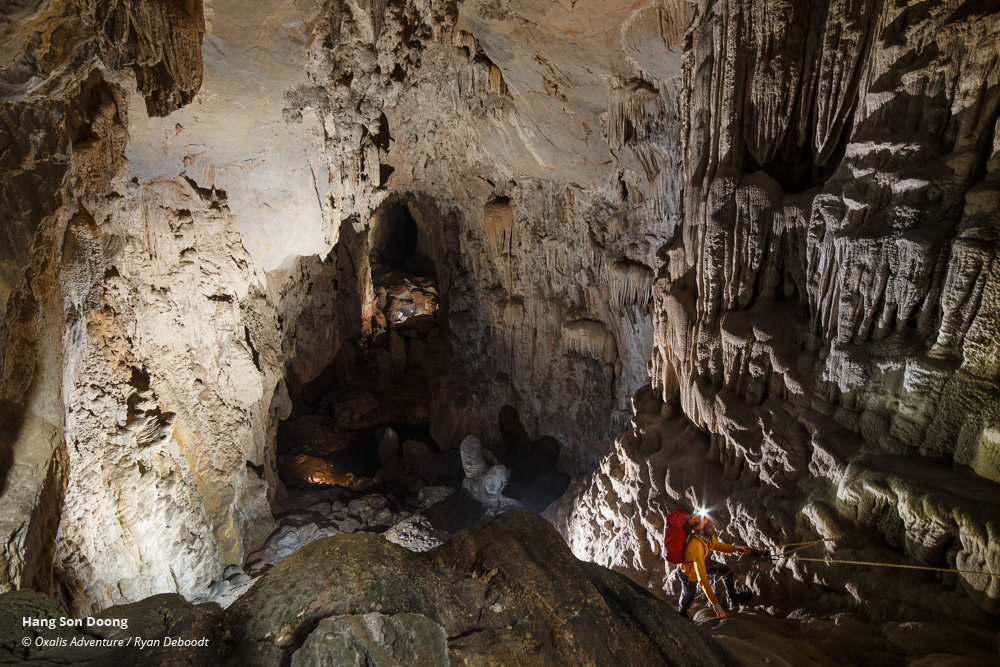 Son Doong expedition is a challenging experience for those that are brave. With its vertical cliffs and characteristic sunken area, Son Doong inspires the trekkers to conquer more mountain ranges, more caves.

For those who have never set foot inside the biggest cave in the world, this past journey to explore Son Doong of Thanh Nhien, Kim Loi, Duy Linh gives them a firm belief that the dream to conquer Son Doong can come true some days.

Practicing everything to increase their health, the simmering determination of the youth to conquer Son Doong reaches its boiling point after they have witness the journey to conquer the biggest cave in the world of the three Red Bull Vietnam gladiators.

"We go and leave nothing but footprints behind"

Son Doong expedition is the journey to conquer and protect the environment inside the cave. After you go and conquer Son Doong, you leave nothing but footprints, no waste, stamp, signature. That is the sign of a true cave explorer.

The movement to “go and protect” has long been popular in the traveler community. Thanks to the attraction to protect a wonder of the world like Son Doong, more people pay attention to environmental issues. There will be a day when a few people who come to clean the pen ink at Ba Den Mountain, Tay Ninh, or every other month, there will be a group of young travelers coming to Vung Tau to pick up garbage. Son Doong is a different story, if each person only leave one piece of garbage, 10 people 10 pieces, 100 people 100 pieces, with its complicated terrain structure, the cave cannot “revive” on its own, creating a serious problem for the inside ecosystem.

With the Son Doong expedition, more your people gain the responsibility to protect the green environment and everyday spread the awareness to others.

The “moving” movement among young people continues to gain its momentum, yet to reach its stop and climax. Son Doong is always the first answer that comes to mind when one is asked about their most desirable destination.

Son Doong inspires young people to increase their determination, to conquer even the smallest goal. Son Doong is the source of inspiration for the young people who enjoy adventurous travel, like to conquer and express their bravery. The youth will protect Son Doong.

Red Bull Vietnam always believe that the Vietnamese movers will never stop to experience, explore new locations and wonders. But do not forget that “We go and leave nothing but footprints behind”.

5 comfortable things you can enjoy only in university

A university degree is not everything

Dream jobs of the traveling fanatics